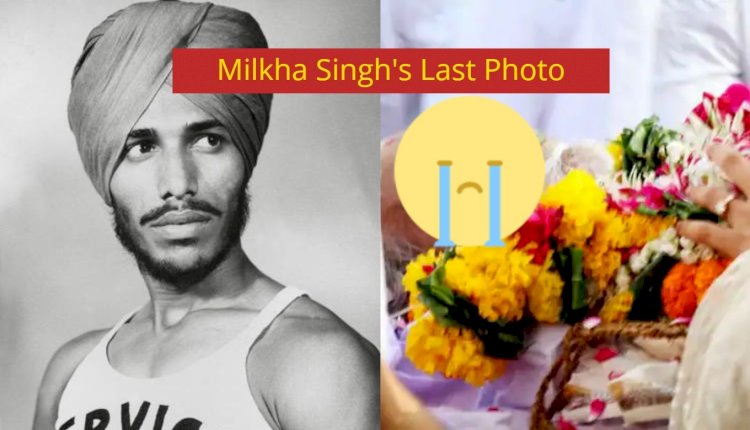 Legendary athlete Padma Shri Milkha Singh, popularly known as "The Flying Sikh", passed away late on Friday night. He took his last breathe at 11:30 pm. Milkha Singh had recovered from the corona virus but he could not recover from the post covid side effects. He was 91 years old. Five days ago, his wife Nirmal Milkha Singh also died from post Covid side effects.

The legend lives on… even if body has given way.
RIP #MilkhaSingh the legendary Indian. ???????? pic.twitter.com/SGcR29mVGY

Have directed that Late Milkha Singh Ji will be given a State Funeral by our Government. Also Punjab will observe one day of State mourning as a mark of respect to the departed legend. pic.twitter.com/V5ewngTO0j

In the passing away of Shri Milkha Singh Ji, we have lost a colossal sportsperson, who captured the nation’s imagination and had a special place in the hearts of countless Indians. His inspiring personality endeared himself to millions. Anguished by his passing away. pic.twitter.com/h99RNbXI28

Punjab Chief Minister Captain Amarinder Singh said that it was very sad to hear the news of the passing away of Milkha Singh ji. It is the end of an era and a great loss to the country and Punjab. My condolences to his family and millions of Milkha Singh fans. The great Flying Sikh will be remembered for many generations.

Former Haryana Chief Minister Bhupinder Singh Hooda and other leaders have also condoled the death of Udan Sikh Milkha Singh. The leaders of various parties, veteran sportspersons of Punjab have also expressed shock on the death of Milkha Singh and paid heartfelt tributes to him.

A legacy that inspired a whole nation to aim for excellence. To never give up and chase your dreams. Rest in Peace #MilkhaSingh ji ????. You will never be forgotten. pic.twitter.com/IXVmM86Hiv

Chandigarh PGI spokesperson Prof. Ashok Kumar told that the doctors made all efforts to save him, he was also recovering in the beginning, but on Thursday night, Milkha Singh's oxygen level fell and he also got fever. He was constantly having trouble breathing. Along with the team of senior doctors engaged in the treatment of Milkha Singh, his daughter Mona was also involved. The family had refused him to install a ventilator, the family believed that he had become very weak and this would only increase his suffering.

Let us tell you that on Wednesday, his corona report came negative, after which he was shifted to the cardiac ICU of Covid Hospital. There he was undergoing treatment. He was recovering fast, but due to age and physical weakness, he lost the battle of life. There is a wave of mourning in the entire sports world due to his death.

On May 17, Milkha Singh's corona report came positive. After his health deteriorated, he was admitted to Fortis Hospital in Mohali, where he was discharged from the hospital on 31 May after the corona report came negative. After this, he was resting in his house located in Sector-8, following the Covid protocol. On June 3, his health suddenly deteriorated and he was admitted to the PGI after the oxygen level fell. Earlier on June 13, his wife Nirmal Milkha Singh died of Corona.

What Is Covid-19 Personal Loan And How To Apply?

In this article, we briefly describe “COVID-19 personal loans” and important things...

Did you know our bodies change as we age? This guide allows you to know what’s the...

Here are some helpful traveling guide and trip planning ideas to keep you ready...

Do you love to make memories? Traveling is the best way to gain new experiences...

Here are some strong relationship tips that allow you to keep your marriage healthy...

Just when the world believed the deadly coronavirus's end was nigh, scientists discovered...

Your Workout Options: How To Find The Best Workout For...

So, how do you determine which exercise is best for you? Since everybody is different,...